The first natural underground mining museum in Hungary is located in the area of the former Salgótarján mining industry, on the eastern edge of Veremoldal. The Mining Museum collects, conservates and displays the past and technical memory of the Nógrád coal basin, as well as the 19th and 20th century technology of coal mining. The institution was built in the original, intact cutting system of Joseph sloping shaft in the heart of the town.

The sloping shaft cultivated the lower bench of former small pillar sections and seedlings between the former Joseph shaft (1879-1905) and Károly shaft (1889-1914) between 1937 and 1951. It drove costly barrels, crossed old quarries, and raised a lot of water. It was one of the most expensive, water-endangering plants, but its good quality coal justified its operation. The coal was transported by electric locomotives to the Baglyasalja loading station. The daily capacity was 20 wagons and was used in the generator of the glass factory. The József shaft produced 776 000 metric tons of coal during its 14 years of operation. 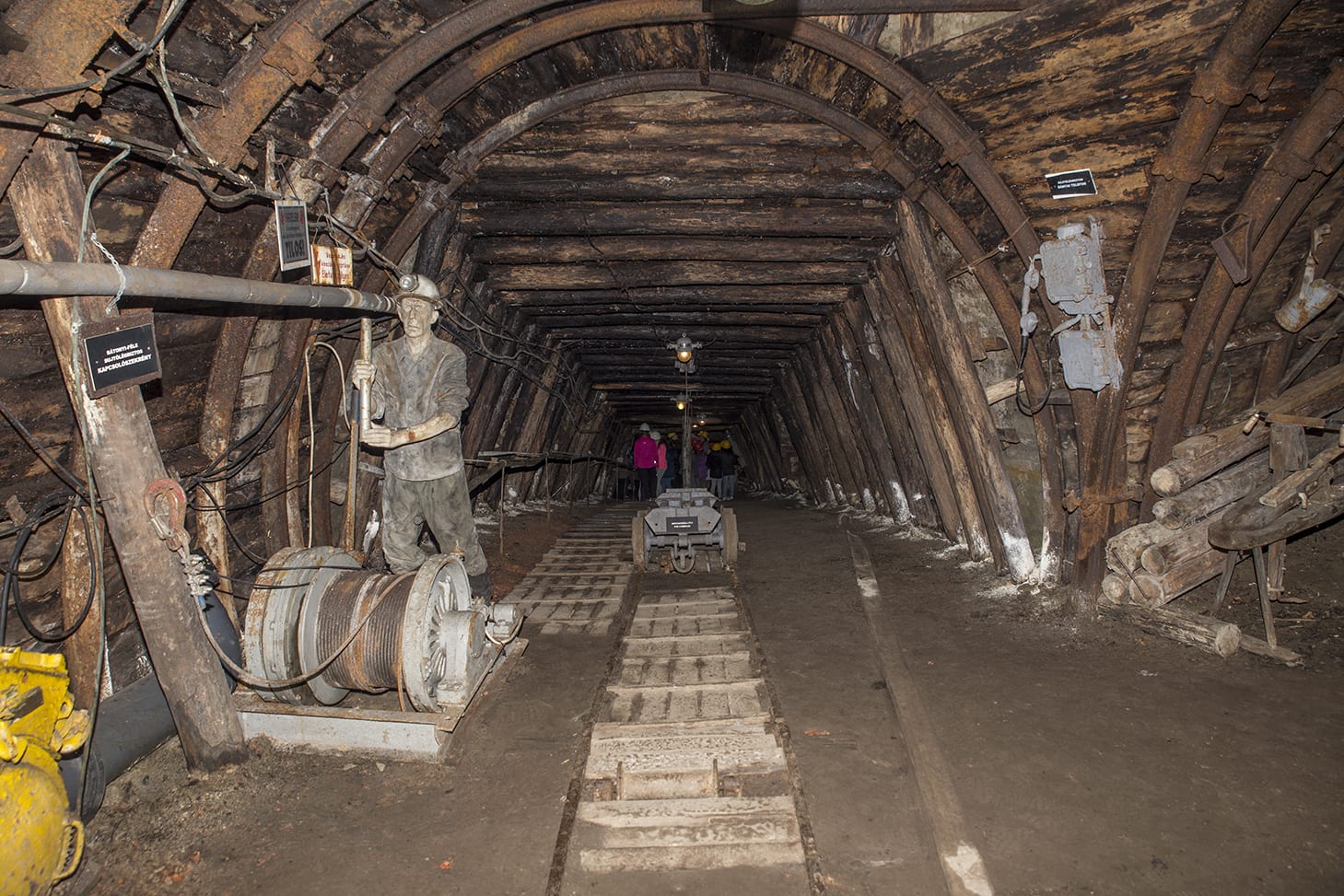 After 1951 the still intact upper layer drives operated as the training gallery of the central mining rescue station. During the works starting in 1962, some parts of the drives were reshaped to house museum exhibitions so as to keep the features of a mine. On 30th April 1965 the first underground mining museum in Hungary was opened, which was declared an industrial monument in 1980.

Visitors of the museum walked in mining drives excavated and enlarged for their pleasure. They could see the drivings, follow the breaking mining works, breaking with picks from drilling-boring and pickhammer work to the cutter cylinder wall method. Visitors could also see the development of loading and conveying work.
Nógrád Coal Mines was liquidated in 1992 and on 1st April 1993, the Nógrád County Local Government took over the Salgótarján Mining Museum, and placed it under the management of the museum in Salgótarján.

In 1995 the open-air machine park was renewed and a new surface exhibition on the history of coal mining in Nógrád County was given over. On December 1, 2000, a new unit of the open-air fleet was inaugurated in front of the slope entrance. With the support of the Alfa-programme of the Ministry of National Cultural Heritage and the Nógrád County Local Government, the renovated, new permanent underground exhibition was opened in 2005 with the intention of providing information to the visitors of the mining museum in a modern and enjoyable way.
The mining exhibition venue of the Dornyay Béla Museum is maintained by the. Municipality of Salgótarján, a county town. In 2018, the Kubinyi Ágoston Program has modernized the permanent exhibition on the ground and awaits visitors with a modern, interactive exhibition. With the help of the City of Salgótarján, a new building has been added to the Mining Exhibition Hall, which will be renewed and given function in the near future.

We have been modernising the above-ground permanent exhibition since 2016 supported by ministry funding program so as to provide an up-to-date interactive exhibition for the visitors, which was opened for the public on 7 December. An exhibition on mine rescue work and a virtual visit in the mine for those who are not able or would not like to descend into the depths of the mine was opened in december 2018.

In December 2019, we will be presenting to the public our latest exhibition on mining damage and mining rescue. 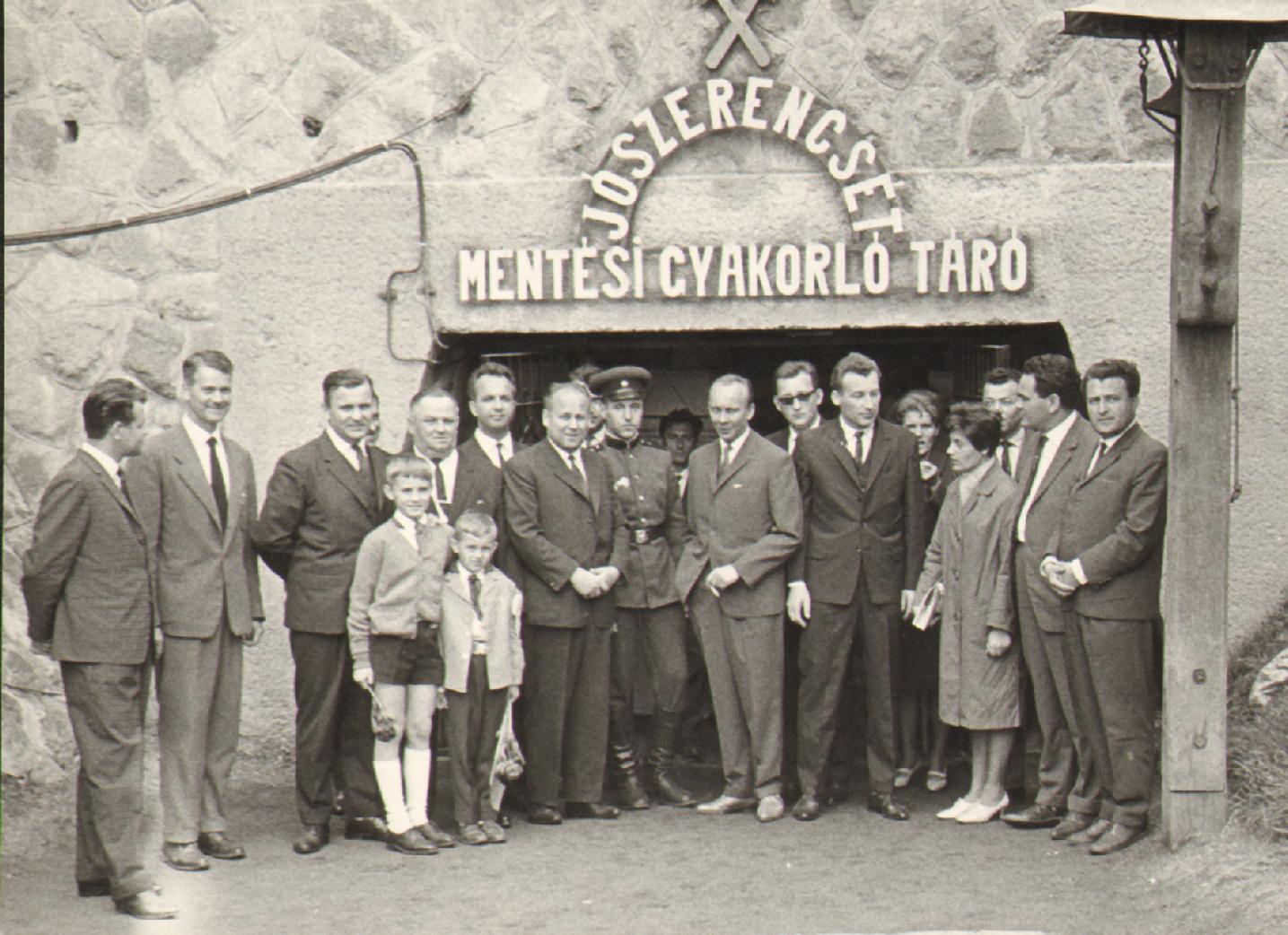 Coal mining has changed the traditional landscape of Nógrád and the fate of the people living there, and has also provided the basis for industrialization, technical development and the urbanization of Salgótarján. The local mining industry has provided thousands of families with bread, a place to live and cultural education, creating a sense of vocation for those working in the mining industry. Coal mining and the industry based on it gave importance to the industrial area of Salgótarján in the national economy, and the mine workers living there were a socio-political factor in the 20th century. 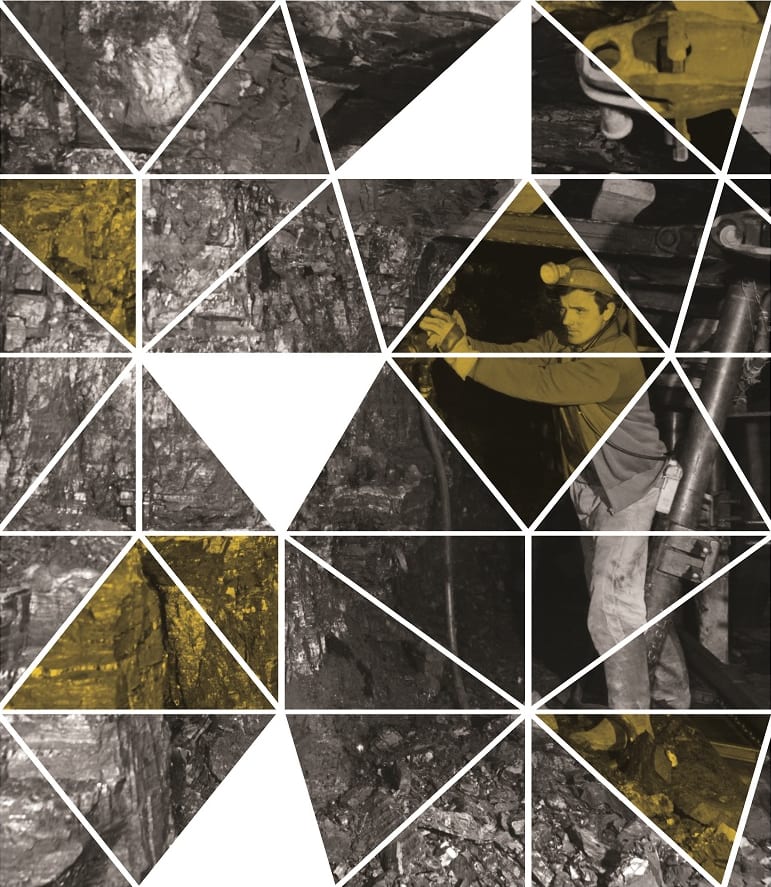 Pictures of the Mine

The mine has a temperature of 15 ℃, so it is recommended to wear closed shoes and a sweater or a jacket when visiting the mine.

We provide a protective headgear for each of our visitors.

The last group of visitors to the mine is launched at 3 pm each day.

If you would like to view the underground section please take this into consideration when planning your program.

The history of coal mining in Nógrád (1848-1992) is an exhibition on the surface. Joseph shaft


(The last group of visitors to the mine is launched at 3 pm each day.)

Your ticket for: Mining Exhibition Venue